Exploration Place, Kansas’ premier science museum, is creating a movie experience like no other! Filmed from the unique perspective of a drone, Kansas: An Immersive Dome Experience will present the beauty and wonder of the Sunflower State in the breathtaking format of a giant dome theater. Now playing in The Dome.

In February of 2022 we asked for your help in finishing the project through a campaign on Kickstarter. Together, with more than 100 backers and hundreds of shares on social media, we met the goal!

Renowned for its sunflowers, windswept wheat fields and endless cattle ranches, Kansas evokes the legendary spirit of America’s heartland with its rolling plains and pioneer spirit. Home to buffalo, wild horses, majestic prairies and breathtaking views of the nation’s last wilderness reserves, those who live here are captivated by its beauty. From its Native American roots to its role in westward expansion, Kansas represents the heart of what makes our nation great.

Filmed by Drone-tography, and with music by Trevor Stewart, Kansas: An Immersive Dome Experience will present the beauty and wonder of the Sunflower State in the giant dome theater at Exploration Place. Filming began in April 2021 and has already covered more than 40 locations across the length and breadth of the state.

Drone-tography co-founder Jeremy Miller has been in the aircraft industry for over 15 years, working on military drones and traveling for the aircraft industry. Together with his wife, Amanda, Jeremy’s developed a passion for photography that started with a simple vision for a new perspective. “We saw the potential to show Wichita in a new light,” he said.

Jeremy and Amanda began the company out of their loft in downtown Wichita. With dreams of expanding, they are now located in five local retail stores, an online store and a gallery in Wichita’s Garvey Building. Their work focuses on commercial real estate, construction property updates, statewide panoramic photography and Kansas tourism.  Jeremy is an FAA certified part 107 UAS pilot and recently obtained approval from the FAA for his 107.29 night waiver.

Kansas: An Immersive Dome Experience will include an exclusive musical score by Wichita recording artist Trevor Stewart. With a musical style described as a fusion of New Age, Jazz, Rock and Classical, Trevor’s music is completely fresh and unique. His solo performances are widely eclectic covering many genres with original compositions. His concerts often consist of viola and hammered dulcimer on top of live loop recording with the Chapman Stick – a unique musical instrument consisting of a long fret board, 12 strings, and electronic pickups to amplify the sounds.

Trevor led a quartet named Earthlines, which consisted of a Native American flute, steel drums and percussion. The group earned acclaim at the celebrated Walnut Valley Festival in 2009 and 2010. With a musical style described as a fusion of New Age, Jazz, Rock and Classical, Trevor’s music is completely fresh and unique. Synthesizing the beauty of the state of Kansas with Trevor’s unparalleled musical style is expected to result in a film that captures the heart of our love for the Sunflower State.

The main pathway that leads to the Exploration Place island is an exhibit perfectly titled Bridging Art and Science. It’s always changing and ever fascinating, and filmmaker Nate Jones feels that in a lot of ways, it sums up what he does. Since his days of growing up in Belle Plaine, Kansas, Nate has loved bringing creative visions to life. On staff with Exploration Place for nearly five years, Nate has been part of the film since day one and is the filmmaker tasked with weaving together the images and music to be featured in Kansas: An Immersive Dome Experience.

Together with his friends, Nate has created nearly 20 short films over the last seven years that have played in film festivals across the country. Last year he wrote, shot, starred in and edited a one-man short film called Junk Drawer. Junk Drawer played at several film festivals across the country, in Houston, Wyoming, Kansas City and at Wichita’s Tallgrass Film Festival.

“I am thrilled to get to come into work each day to experiment, create and entertain.”

As filming and production continue, we’re already starting to think about the movie premiere this summer in our Dome Theater. We can’t wait to welcome you and hopefully you’ll bring a friend or some family members to enjoy a day out along the picturesque Arkansas River at Kansas’ Premier Science Center.

If you are not already, sign up to receive emails and we’ll keep you posted as the project progresses and screening dates are released.
.
Stay Connected

Together, Drone-tography and Exploration Place are seeking to create a love letter to Kansas by combining the wonder of aerial photography with the excitement of a dome theater. 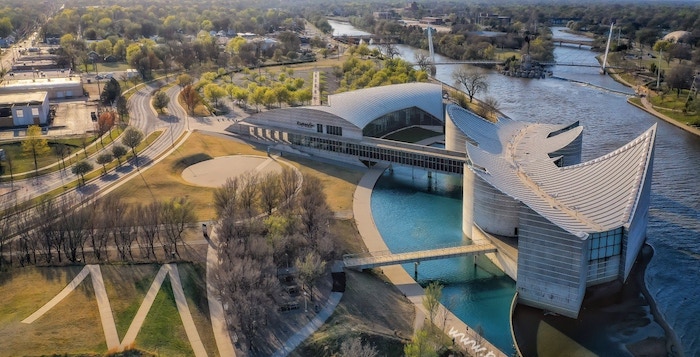 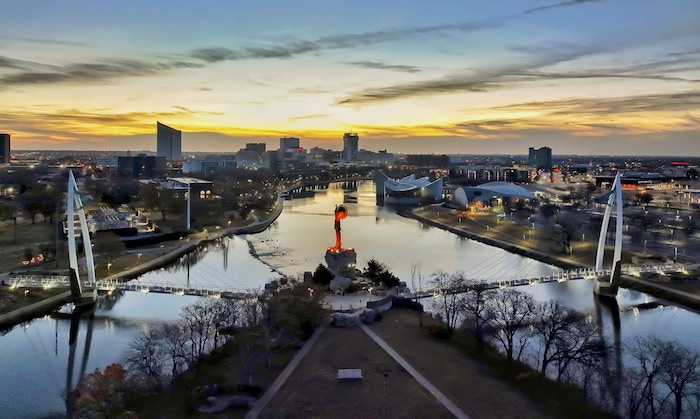 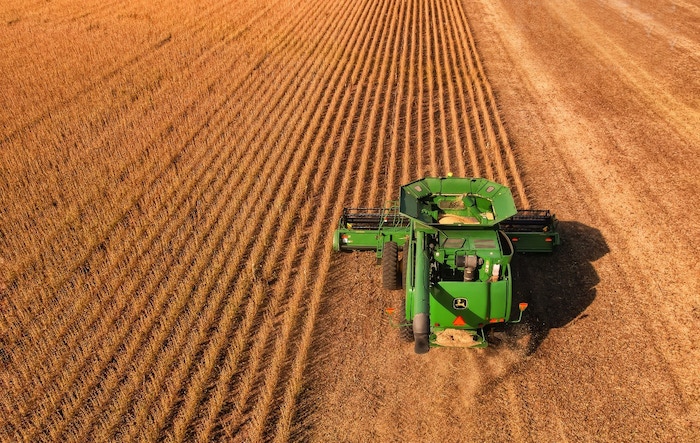 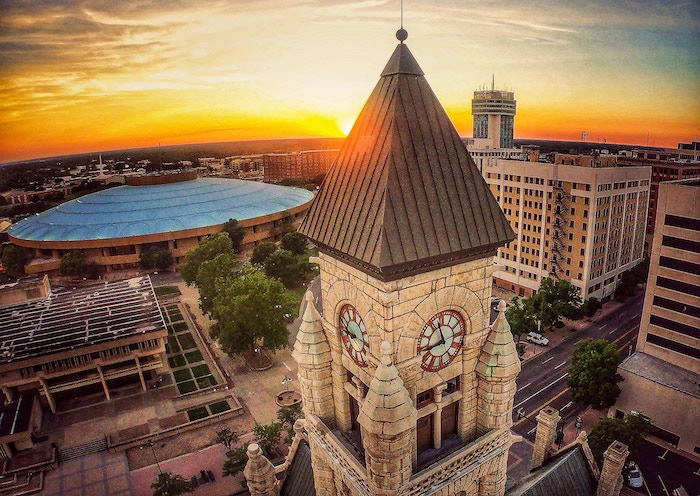 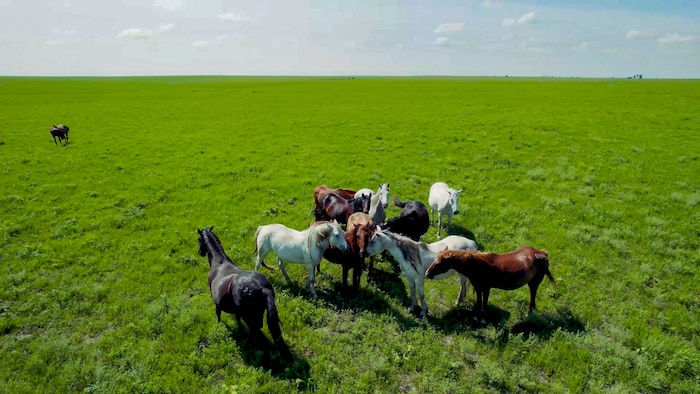 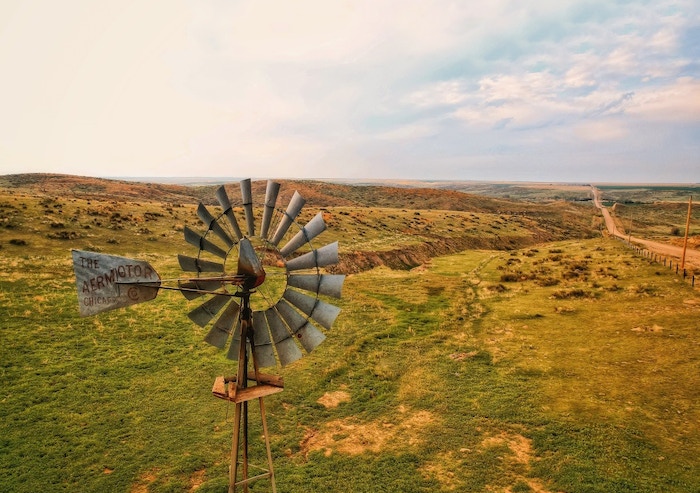 Have questions about Exploration Place?

This organization received funding for general operational support from the City of Wichita.
Digital Partner